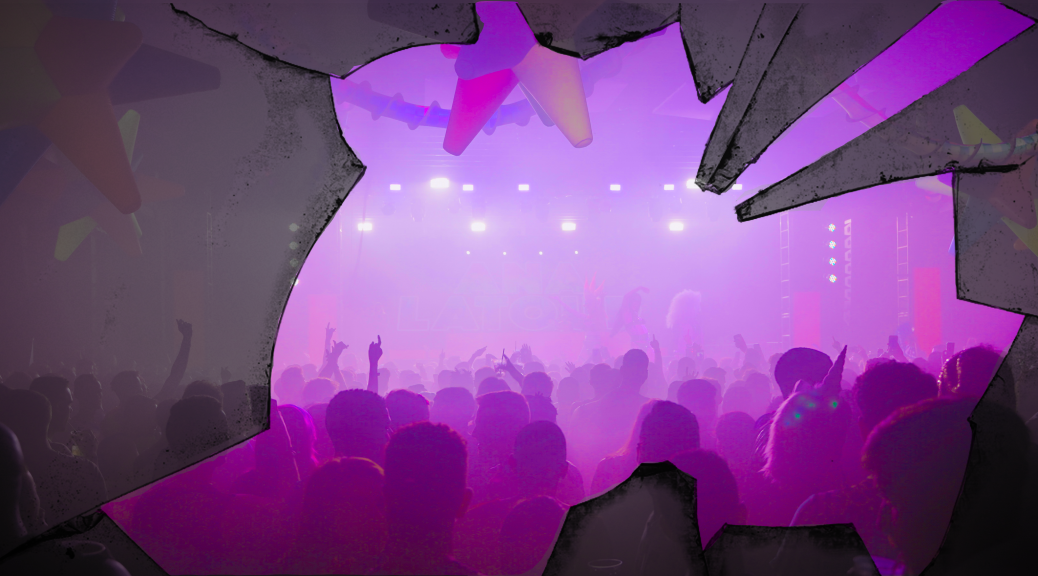 Thin walls separate near-identical houses with near-identical families eating near-identical dinners. Smile. Eat your vegetables. Don’t raise your voice. And whatever you do, don’t let them hear the music. What would the neighbours say?

An optimistic larp about freedom and oppression in a society where parties are forbidden. The larp moves between the realistic drama of a family dinner in near-future dystopian suburbs and the surrealistic wild world of dance parties. Players will go between their roles as a father, a mother, a son or a daughter and the manifestation of their inner desires, expressed through movement, touch and colour.